If the Americans like to eat GMO products, let them eat it then. We don’t need to do that; we have enough space and opportunities to produce organic food.” – Medvedev

Russia has been considering joining the long list (and continually growing) of anti-GMO countries  for quite some time now. It does so after a group of Russian scientists urged the government to consider at least a 10-year moratorium on GMOs to thoroughly study their influence on human health.

“It is necessary to ban GMOs, to impose moratorium (on) it for 10 years. While GMOs will be prohibited, we can plan experiments, tests, or maybe even new methods of research could be developed. It has been proven that not only in Russia, but also in many other countries in the world, GMOs are dangerous. Methods of obtaining the GMOs are not perfect, therefore, at this stage, all GMOs are dangerous. Consumption and use of GMOs obtained in such way can lead to tumors, cancers and obesity among animals. Bio-technologies certainly should be developed, but GMOs should be stopped. We should stop it from spreading. ” – Irina Ermakova, VP of Russia’s National Association for Genetic Safety 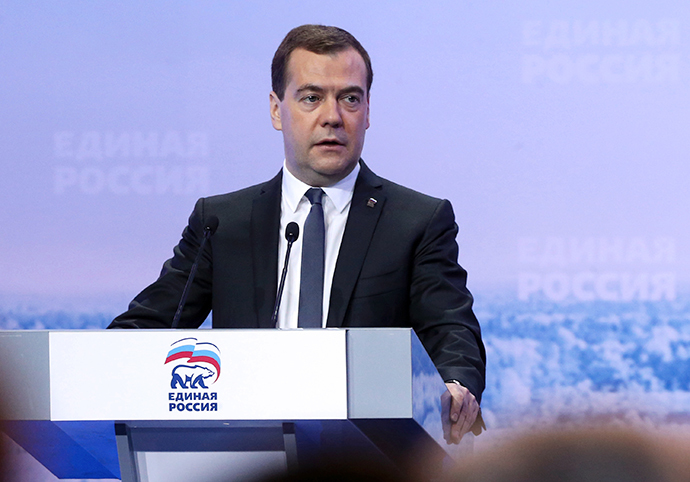 A number of scientists worldwide have clearly outlined the potential dangers associated with consuming GMOs. I recently published an article titled “10 Scientific Studies Proving GMOs Can Be Harmful To Human Health,” you can read that in full here.  These are just a select few out of hundreds of studies that are now available in the public domain, it seems that they continue to surface year after year.

Russia completely banning GMOs, such a large, developed nation is a big step forward in creating more awareness with regards to GMOs. Ask yourself, why have so many nations banned GMOs and the pesticides that go with them? It’s because evidence points to the fact that they are not safe, they are young, and we just don’t know enough about them to safely consume them. They just aren’t necessary, so why produce them?

Within the past few years, awareness regarding GMOs has skyrocketed. Activism has played a large role in waking up a large portion of Earths population with regards to GMOs. People are starting to ask questions and seek answers. In doing so, we are all coming to the same conclusion as Russia recently came to.

In February, the State Duma introduced a bill banning the cultivation of GMO food products. President Putin ordered that Russian citizens be protected from GMOs.  The States Agricultural Committee has supported the ban recommendation  from the Russian parliament, and the resolution will come into full effect in July 2014.

This just goes to show what we can do when we come together and demand change and share information on a global scale. Change is happening, and we are waking up to new concepts of our reality every day. GMOs are only the beginning, we have many things to rid our planet of that do not resonate with us and are clearly unnecessary. We are all starting to see through the false justifications for the necessity of GMOs, no longer are we so easily persuaded, no longer do we believe everything we hear and everything we’re presented with. Lets keep it going!